A discussion with Andy Scott, the owner of 32m sailing yacht Elton, on running a profitable charter yacht… 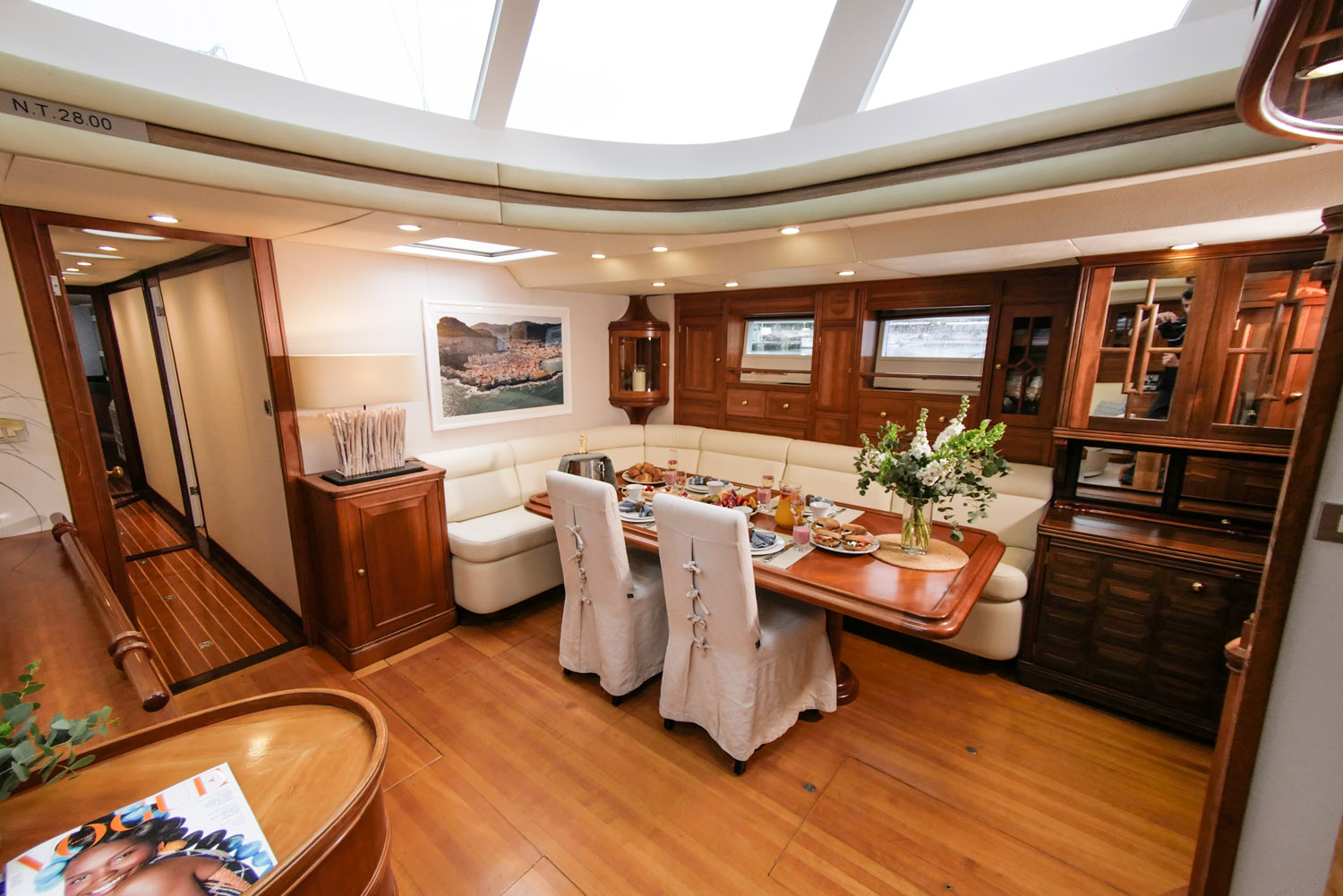 British entrepreneur and owner of sailing yacht Elton, Andy Scott has made his millions by turning around failing companies under his investment company REL Capital, and attributes his career path to his long-held passion for restoring tired and neglected boats. From a young age, Scott has bought old boats and worked to repair and restore them, always with the aim of making a healthy profit.

“A family friend had a run-down 30ft yacht, which I took on when I was 14, and I just got the bug for these projects really young,” explains Scott. “And that shaped my career in a way – getting old boats on the water again – because I started out as a property foreman and then went into the business of buying run-down companies on the brink of failure and turning them around to keep them long term.”

Scott now views his yacht projects in the same way that he does business; “I just look at it really simplistically: if you buy at the right price, and you know what you’re going to spend on it, then you’ve got an asset there which owes you ‘x’ amount. If I think I can rent it out for a certain number of weeks each year, and get a return on investment reasonably quickly, then I usually go for it.”

Scott currently owns two yachts: 32m sloop Elton and 20m classic Sangermani yacht Telstar. He recently sailed Elton from the UK’s South Coast to the Mediterranean following a refit that included new rigging and several interior projects to modernise her. Elton will be based in the Mediterranean for the 2021 summer charter season and will cross to the Caribbean in the winter. 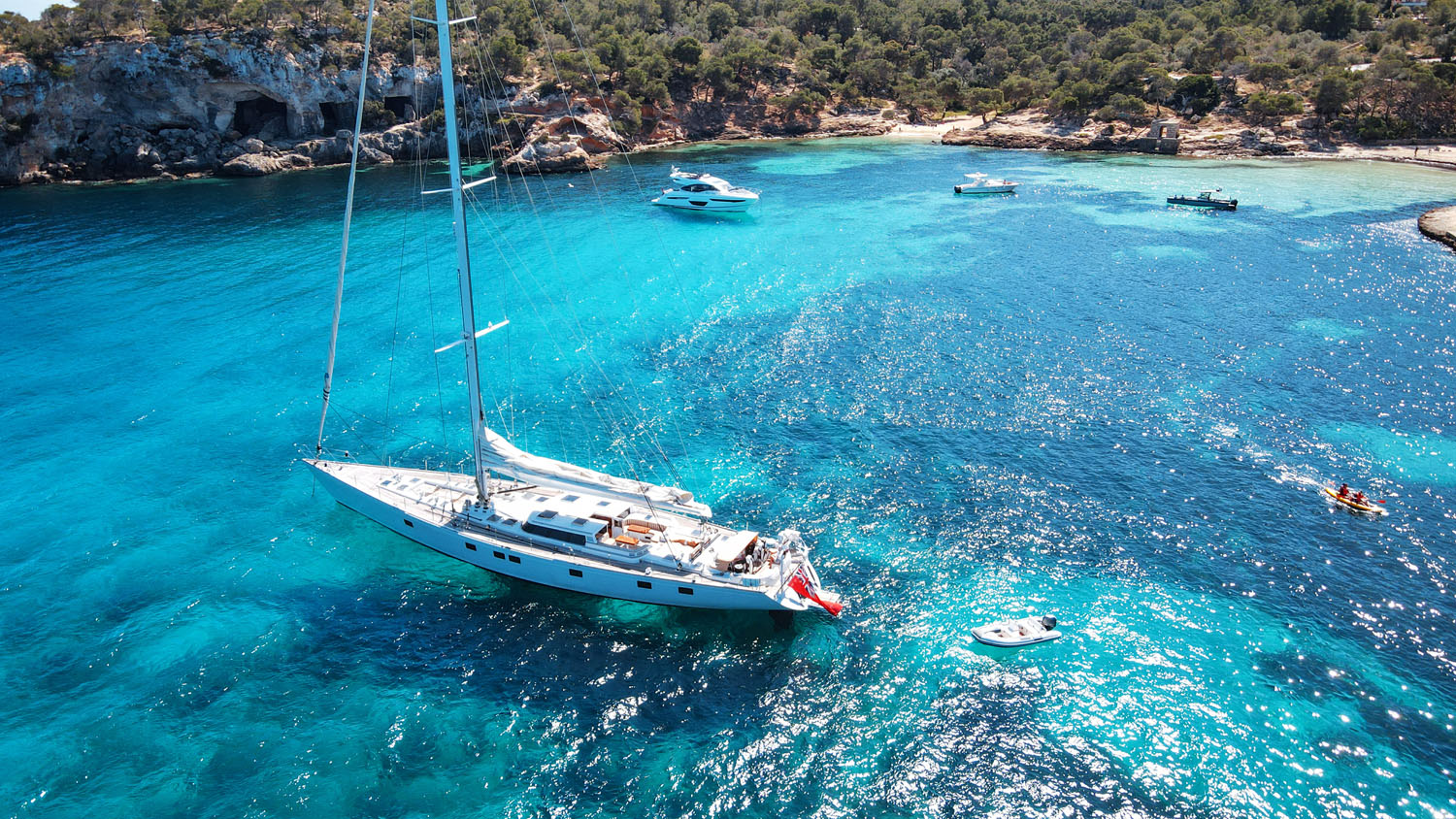 At the time of speaking, Elton has eight weeks’ worth of bookings for this summer (with West Nautical as central agent), meaning that the boat is already proving a sound investment for Scott. “She’s chartering for eight weeks at around 30,000 euros a week, and that’ll make probably 100,000 euros of profit,” estimates Scott. “If the boat can bring in 240,000-300,000 euros a year of income, there’s enough for me to pay the crew, have a reasonable maintenance provision and make some money.”

While Scott acknowledges that there may be more interest in charters this summer due to the pandemic, with several longer charters booked in, he is hopeful for a successful Caribbean season also. “I already have two charters booked for two weeks, and you can guarantee that Christmas and New Year will also fill up. Of course, I have to consider the time it takes to do the crossings and the toll it takes on the boat, but four or five weeks of charters over there will make the trip worthwhile,” he assesses.

In addition to securing charters to ensure a return on investment, Scott is particular about the way he runs the boat. “You have to do it leanly,” he explains. “I do all of the management myself – people get ripped off when there’s so many layers of consultants and management. And, in terms of charters, I’m really opportunity-lead. If we can get offers out of clients, we’ll see if we can get the boat there – it’s about being flexible. The key to me is trying to get clients as return guests – making every aspect feel like a returning home, without the downside of running costs – because that obviously helps the return on investment.”

As well as prioritising any charter opportunities over his own usage, Scott also differs in mindset to the typical yacht owner when he’s on board. “I think that traditional owner-crew dynamic is probably a bit outdated – I think of myself as part of the team and part of the crew,” he adds. “I don’t expect to be waited on, I do watches, and I think that changes the dynamic for the better.”

Scott’s other yacht, the 20m Telstar, is currently in the midst of being restored. As with Elton, Scott hopes to make the boat profitable on the charter market. “The aim is to charter it out for six weeks a year at 12,000 euros a week,” he concludes. “It is modelled a little bit differently because of the additional classic regatta income stream, so I think that will be an interesting market in the next couple of years as well.”

On board sailing yacht Elton with British entrepreneur Andy Scott

Owner's Insight: Yacht ownership and the recipe for success